This is about the last topic that I thought I’d be educated on when it came to our build. When we decided to do post frame construction Paul mentioned that he wanted to use spray foam insulation. I had seen it before and thought it was a cool concept. We’re self building, so naturally he looked into doing it himself. That notion was abandoned quickly when he saw how intricate the process was and it wasn’t a task for the inexperienced- especially on this build.

Last spring the project was at the point that we were ready for spray foam. We were referred to someone who had 15+ years of experience and did other post frame buildings. Perfect. We trusted his advice, went with what he said was ok to do for additional insulation, etc. and thought we were moving things forward.

In January we were FINALLY to the drywall stage. It had taken so much longer to get to this phase than either of us expected, so it was a breath of fresh air to us. We were SO EXCITED to see the project transform into a “real” house. Plus once you get drywall up the finished project feels like it’s within reach. Paint, trim, floors, cabinets… oh man were we pumped.

February 9 Paul was starting the clean up so that he could paint when he noticed a puddle of water near the edge of the wall. He walked around the house and found several, which led to him cutting holes in our BRAND NEW DRYWALL only to discover that every spot he cut the bat insulation he added was soaked and the spray foam was covered in condensation.

Longgggggg story short (watch the videos for details) the spray foam install wasn’t done properly. There were gaps, cracks, places that weren’t thick enough to serve as a vapor barrier. We were devastated that the fix including tearing out all of the drywall on the exterior walls, removing the bat insulation, adding additional spray foam, then having the drywall re-installed. It took weeks for all of the powers that be to come to this conclusion and then weeks more to get things redone.

Today we are but a day or two away from being where we were February 9. Over two months of lost progress, and in the meantime the kitchen and bathroom cabinetry was delivered… it’s all piled up in the garage!

Many a tear has been shed, but we press on. Sure it’s not a world ending tragedy, but it was a big disappointment. I think disappointment and/or discouragement is par for the course with any home project. So I think it’s ok to acknowledge those emotions, have a good cry, and then figure out a plan to get back on track. At least that’s what we did.

While spray foam insulation is the star of the show in our world, it isn’t the only type of insulation we used in this build. Here is a run down of what we did…

At this point we have 3-6 inches of spray foam in the exterior walls. Nothing else. Our previous system was call “flash and bat” and that isn’t our recommendation any longer.

For the interior walls and ceiling between the first and second floor Paul went the extra mile and put bat insulation in there. It helps a ton with sound proofing and making the rooms feel cozier and quieter.

In the attic we did blow in insulation. There’s a lot of it, and we’re confident it’s going to accomplish it’s purpose. There’s a plastic vapor barrier above the drywall against the attic ceiling.

Post frame home construction is a newer concept, so at the end of the day, don’t shy away from over-researching. Ask contractors a lot of questions, and keep looking until you find someone who has the knowledge your project needs. 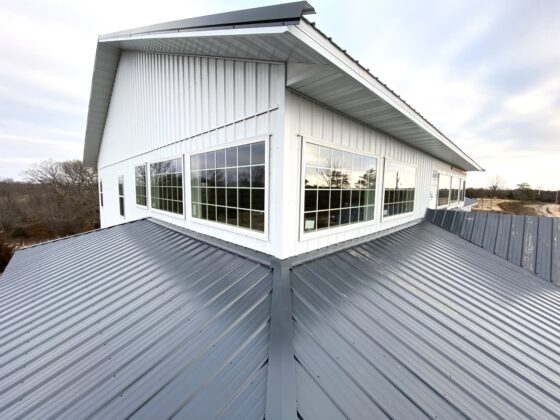 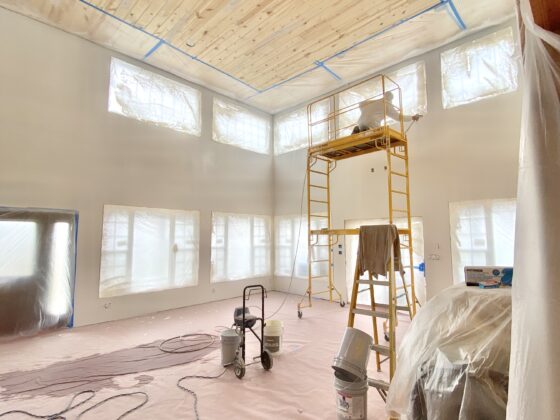 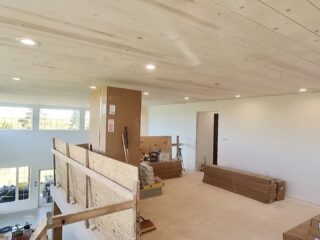 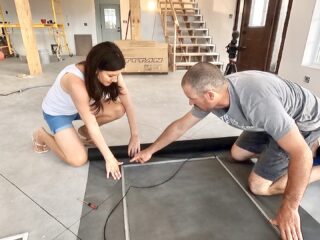 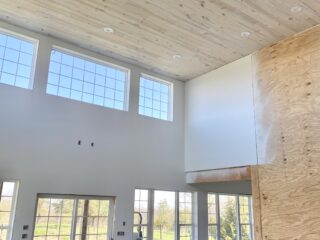 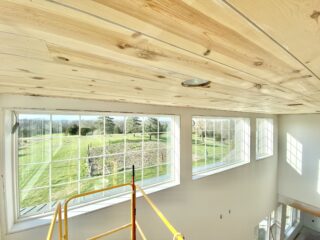 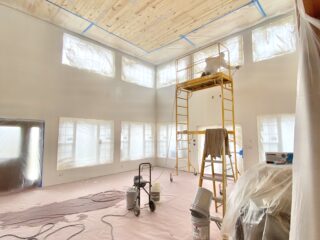 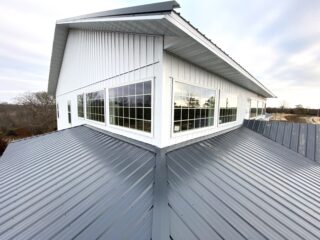 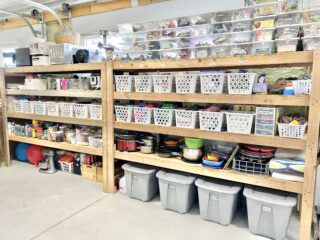 Real Life… Organizing Our Stuff in the Garage! 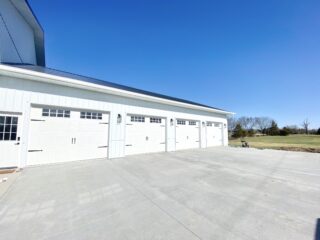