Once things got started the work had to keep going until it was done. Obviously concrete isn’t a material you can start and stop using. It is extremely time sensitive which made this part of the project a little stressful. Paul and his dad worked as a team, mixing it and pouring it onto the plywood. The process was tricky because you needed it to have enough water to mix, but it needed to be on the dry side. We were already having to wait to use them until they cured so having the concrete too wet would only delay their use.

After the countertops were poured we had to vibrate the edges to work all of the air bubbles out. If you’ve seen countertops with pits on the top/sides those are air bubbles that didn’t get worked out. It’s totally fine to have them, but we wanted as few as possible. Originally we were planning on just sealing the concrete and having it be the natural look. We purchased a special concrete vibrator, but we’ve seen people use other tools like a blow dryer and a hammer. The result may/not be as effective, and it’s one less thing you’ll have to buy. Because if you don’t already own a hammer I’m not sure this is the project for you. 😉

We waited until the next day to pop the forms off. They were quite easy to work with and we’d recommend them if you’re doing pour in place. You can build your own, but there is a lot more effort that would go into that. The Z Counterform package made it so we knew for sure it was going to work and saved us a lot of time. It’s ok to go the easy route every once in awhile when it’s a DIY. You’re already saving tons of money so spending a little to save time and ensure accuracy is well worth it.

After the countertops were in and the forms were off it was a waiting game. We sprayed down the surfaces with water regularly, but there was nothing left to do! Next step would be sealing and finishing them which was a whole other deal that I’ll explain in Part 3! 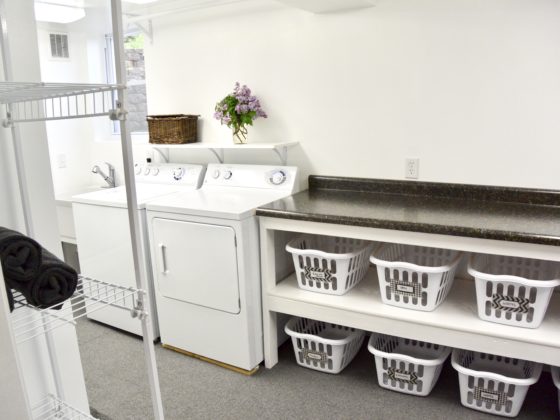 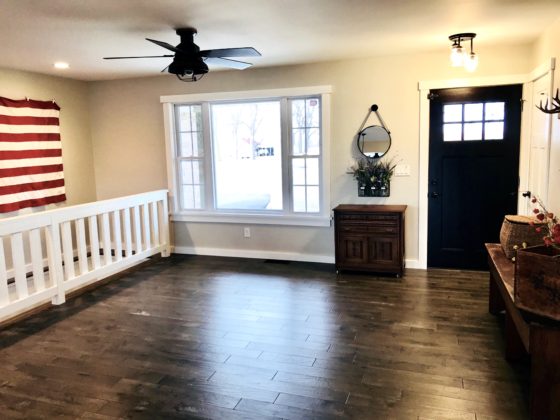 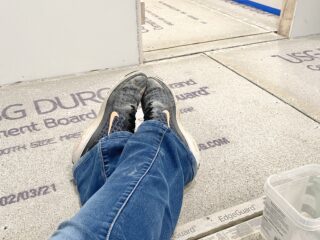 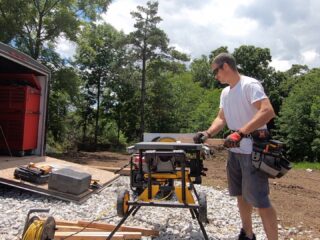 What Tools Should You Invest In For a Self-Build Barndo? 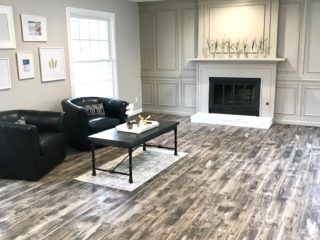 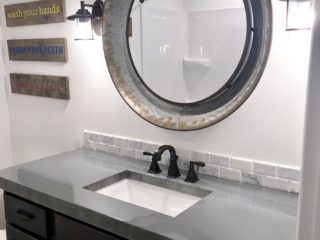 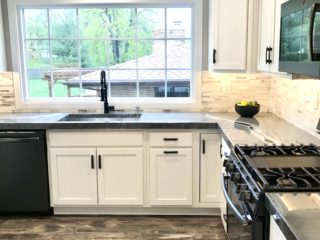 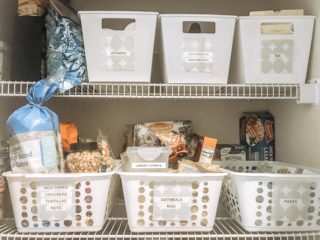 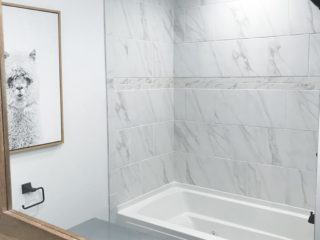 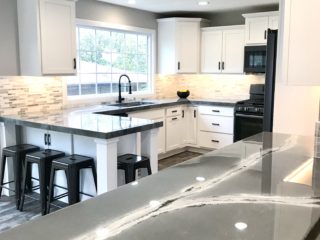